C++ script is a new and functional custom math. Already written scripts can be easily imported in three different ways:

1)Importing script into the setup file

To add a new script open the C++ Script Settings, which can be found in the Math options. 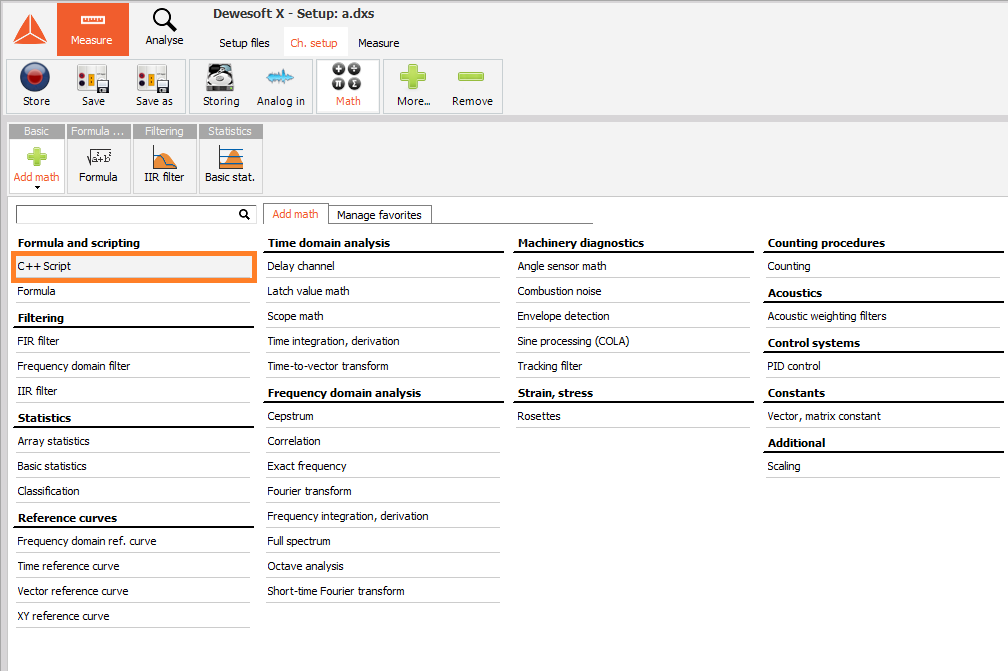 Click on the “Import Bundle” button in the Project tab. After selecting the wanted *.cbu file the script settings will be imported and the selected script can be used. 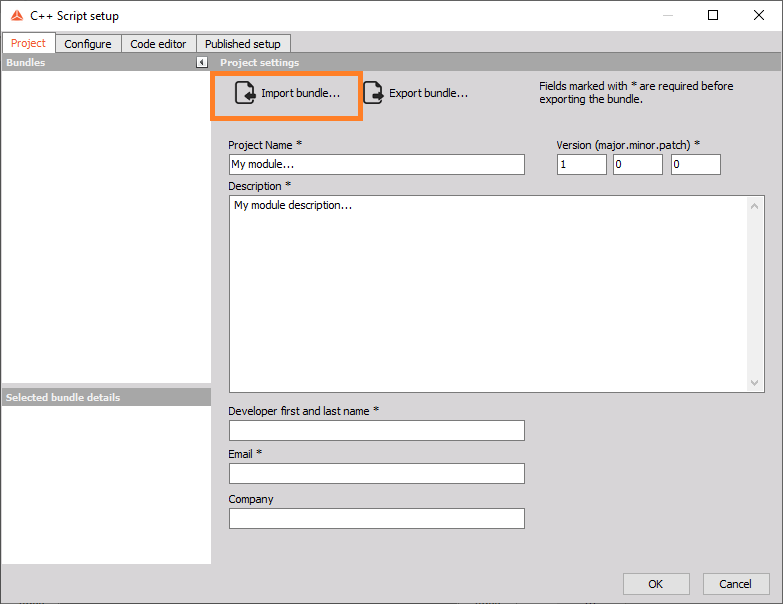 This procedure is really easy, but if we want to use the script more than one time we can also import script as bundle or as a custom C++ script. In this way the access of the script is much simpler.

2. Import script as a bundle

To import script as a bundle the *.cbu file needs to be copied to the following folder:

Every time we open the C++ Script Setup all the imported bundles are visible on the left side of the setup window. 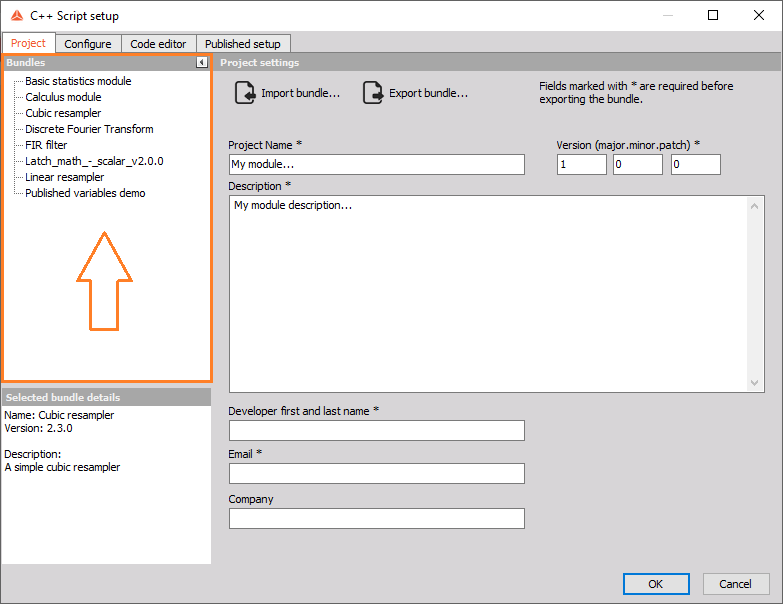 To import the script as a custom C++ math the *.cbu file needs to be copied to the Addons folder. 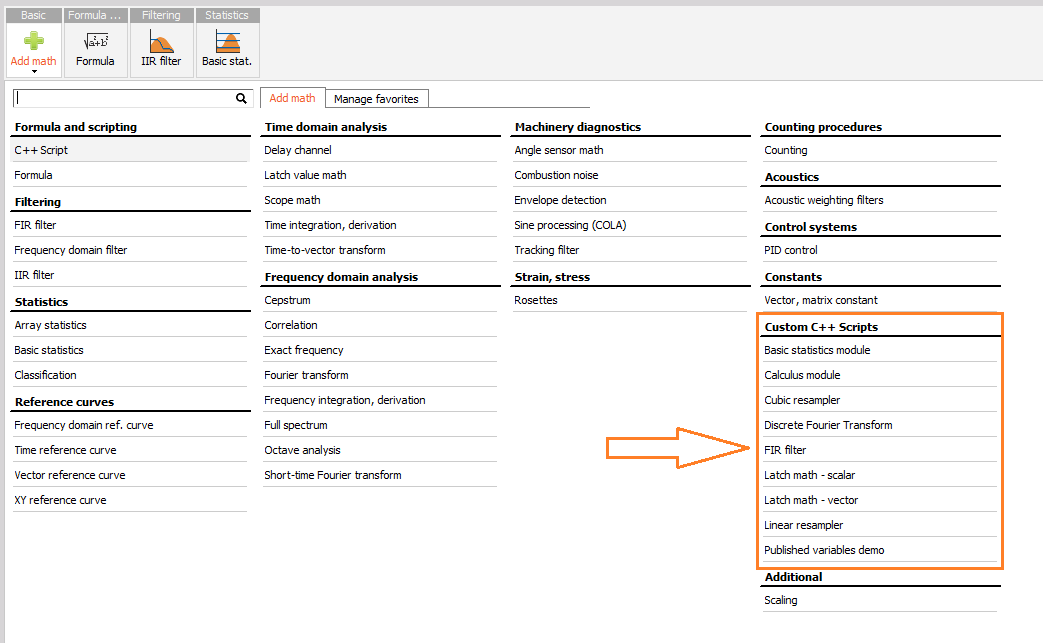