This article complements the Official release newsletter and focuses on graphically representing features that were briefly mentioned in the newsletter under the "What else is new?" section.

The most notable features in the 2023.1 release are fully presented in the Official release newsletter and are listed in the following list:

The FFT analyzer is now able to perform calculations on samples with XHS sampling rate.

Rotor balancer has a new feature that supports balancing by adding weight or by removing weight. 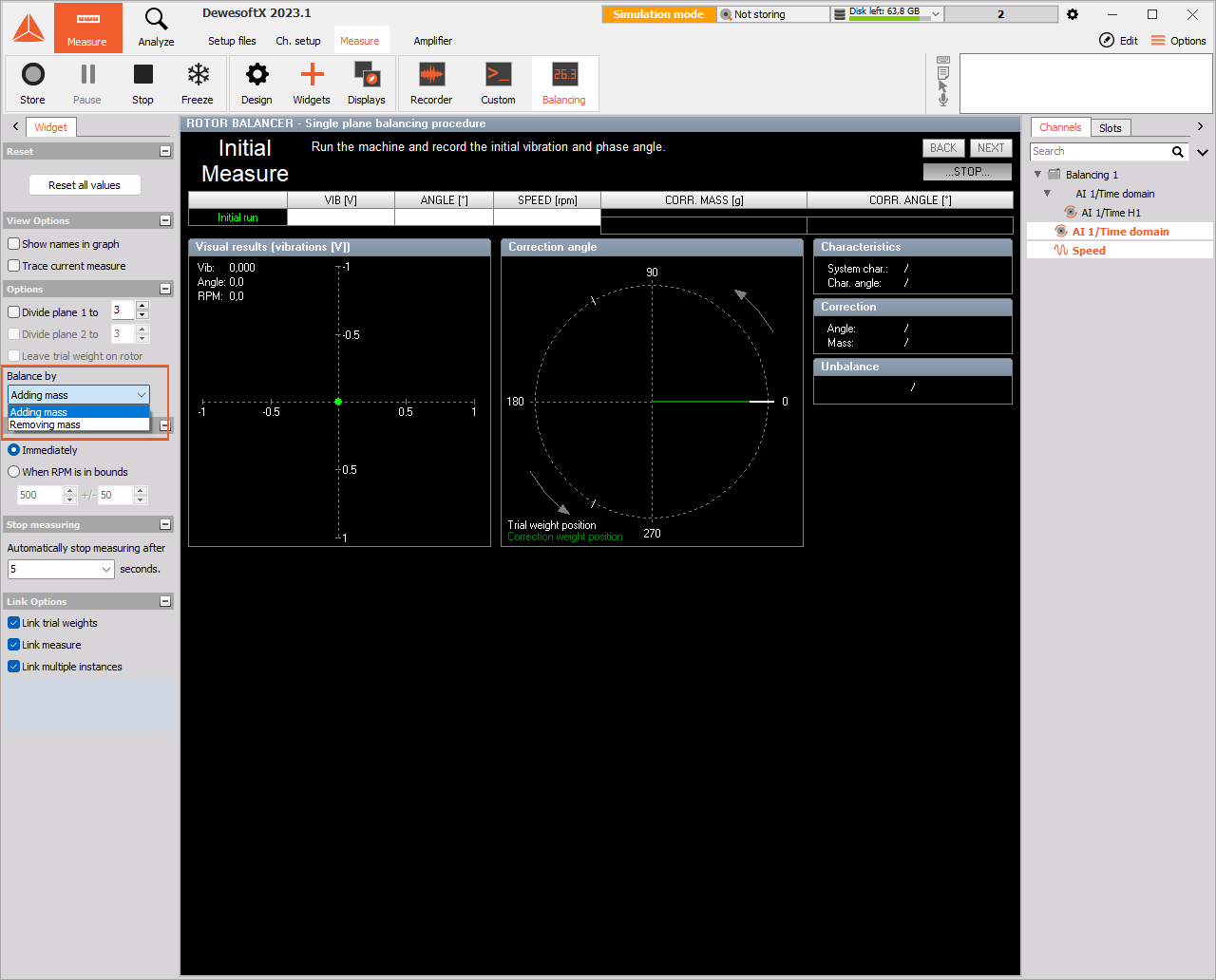 Text import now supports importing data with a sample rate lower than 10 Hz. The option is only available when setting the channel type to async. 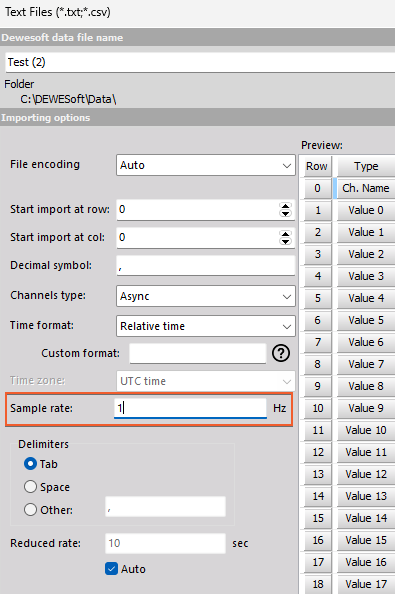 The IENA is the application layer protocol developed by Airbus that defines the packet header and packetization rules for the transmission of acquired data as UDP/IP packets. The IENA partitions logical groupings of data into packet streams, each uniquely identified by an IENA Key. The IENA standard defines the application layer IENA header, shown in the following figure, and payload structures:

Time (48 bits): The time of the current year in microseconds since the 1st of January. Time timestamp needs to be within 1 s of DewesoftX master time.

Preparing setups before actual measurements the FleyRay module and KiRoad devices can now be configured in the offline mode. Example image for KiRoad plugin that does not need a License in the Simulation mode. 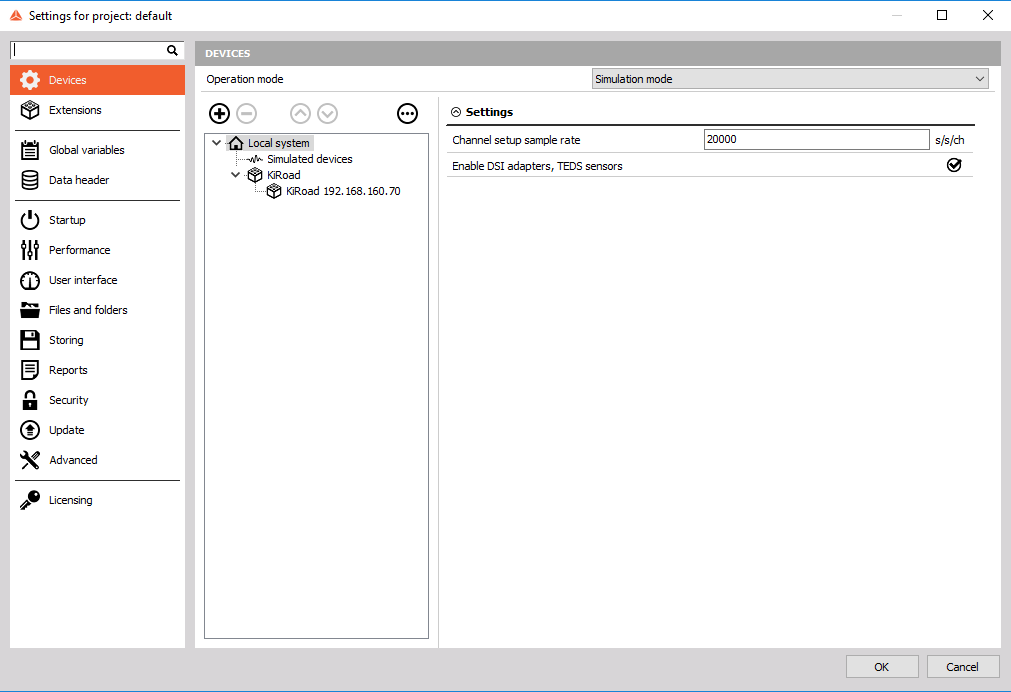 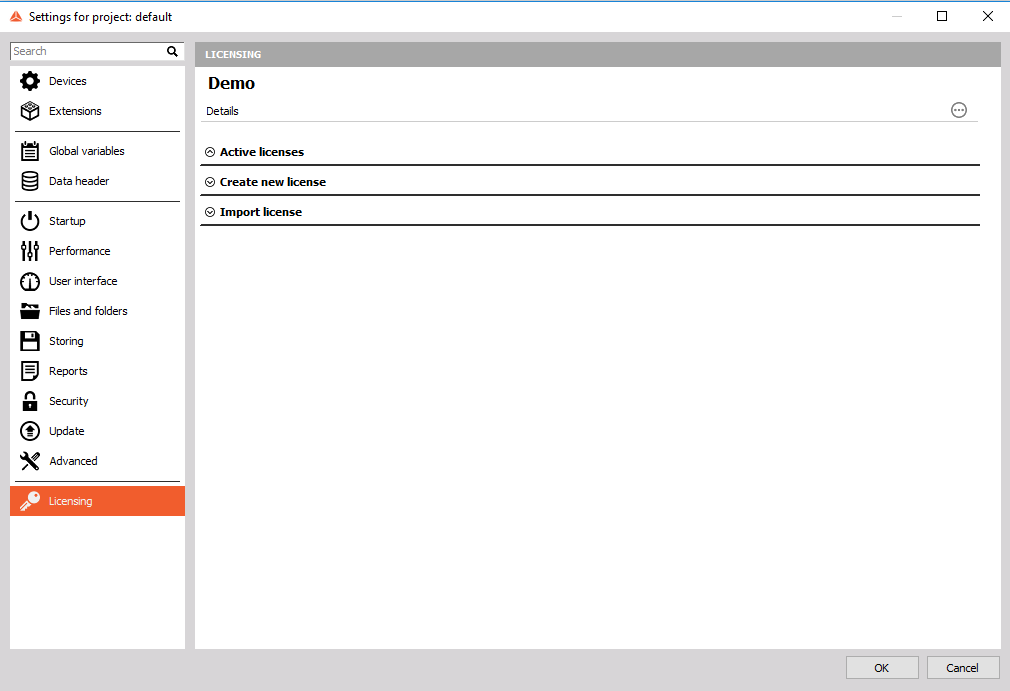 The XCP/CPP module has a column, where PTP synchronization can be selected for all devices at once. 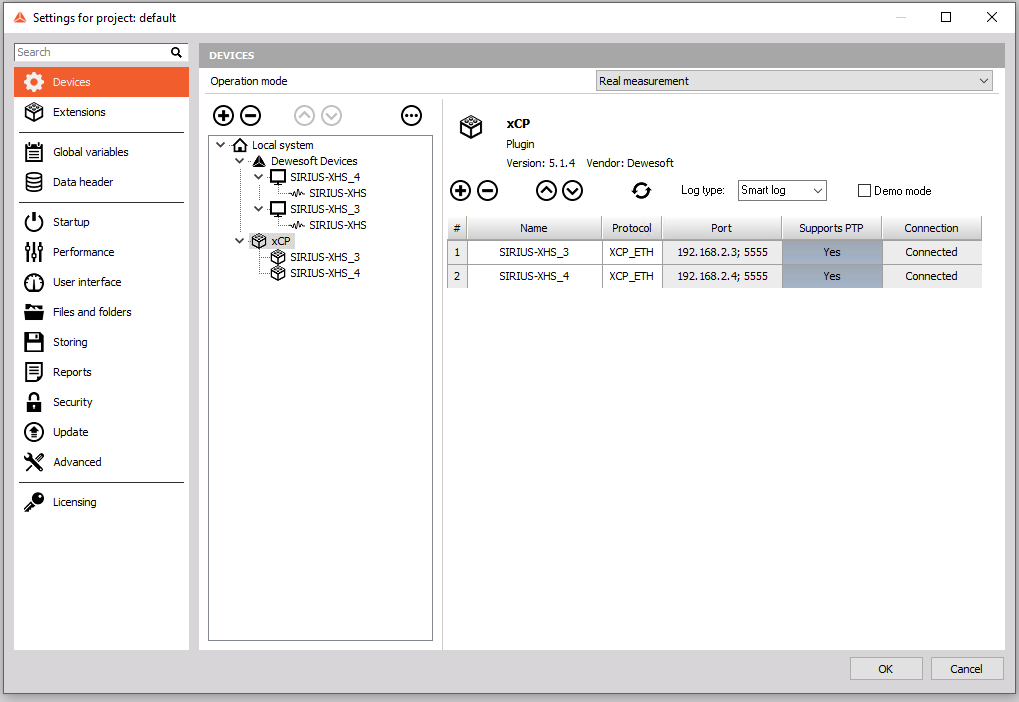 The 3D graph can now display X and Y axis in log scale. The X and Y coordinates should not be a time axis. It is not possible to display log scale when View type is set to Bar. 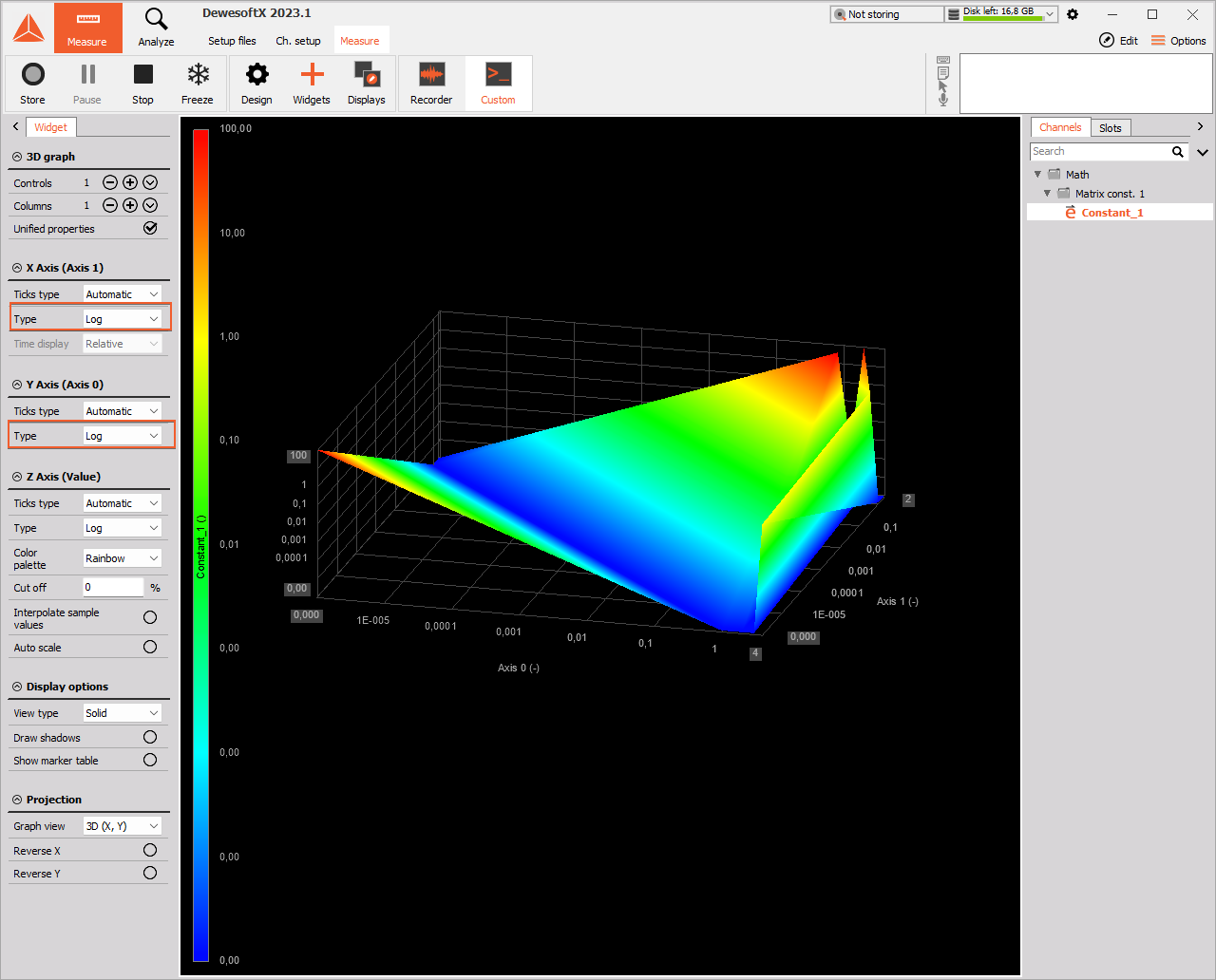 In the Diadem export there is now an option to show or hide the module name to the channel name: 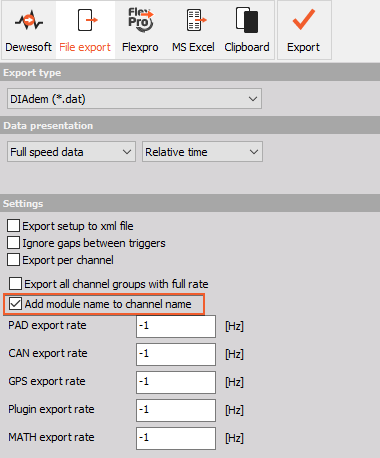 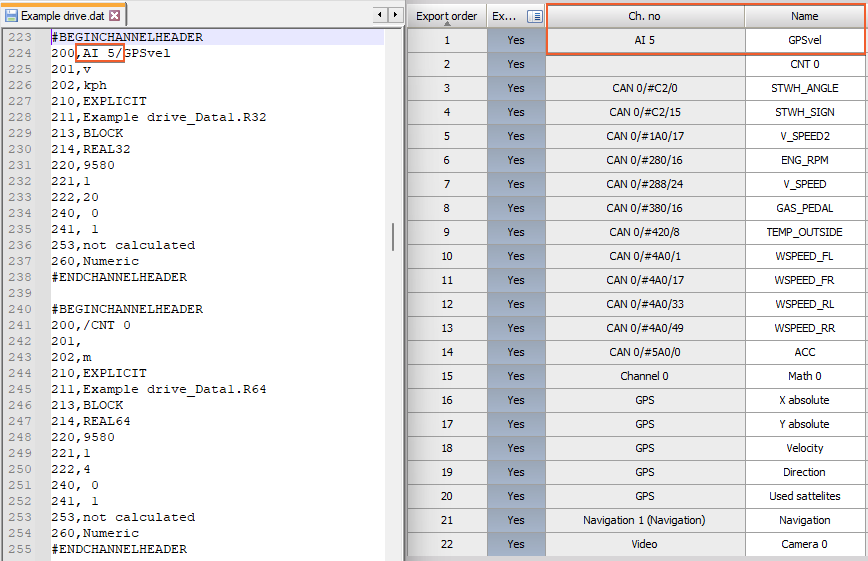