The number of shown decimal places can be adjusted in the channel setup.

2. During the measurement or in the analysis:

When the user right-clicks on any wanted channel in the channel list, an additional window appears where some of the channel properties can be adjusted. 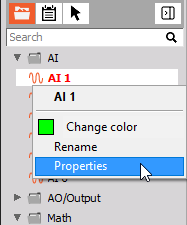 A lot of settings can be changed here, also the precision (decimal places) of the value of the signal. If the channel is Vector type the second axis can be found in the Axes tab.

3. Mathematics which are shown on the 2D graph: 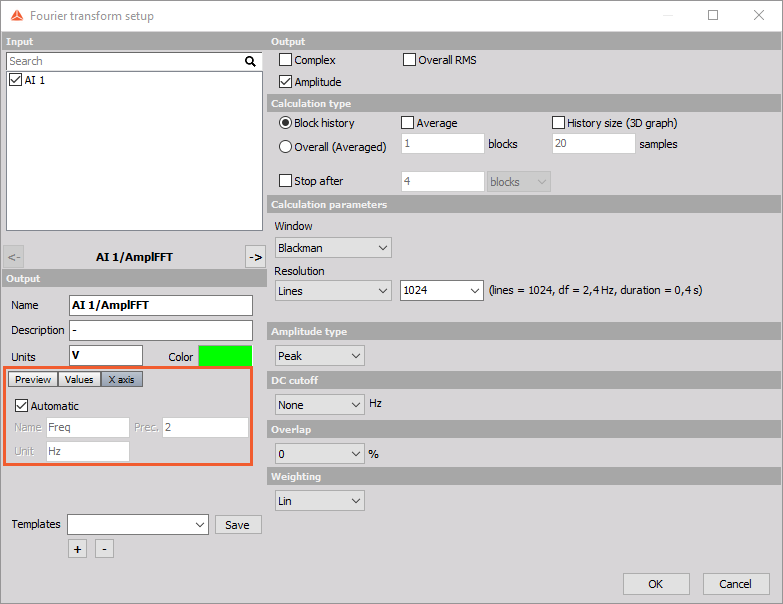 If there are is a large number of channels add the ''Channels'' module and from there it is possible to add a decimal places column.

Then simply adjust the decimal places at once to all the channels that are selected in the ''Analog in'' tab. 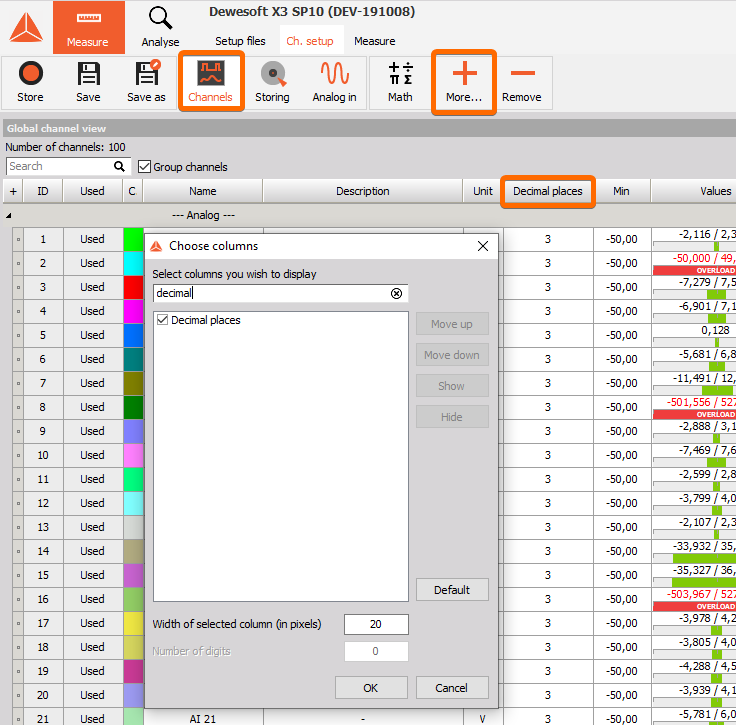 On the AD cards (Sirius, Dewe43, Krypton), the default number of decimal places should be correct to a significant number of bits (24bit card will show more decimal places than 16bit if you have selected the same range).

Particular care must be taken when using a math channel with more than one axis:

When setting resolution on a vector channel or matrix constant, using this function, the values will be changed only on X-axis. To change the decimals (precision) on other axis the changes have to be done in the channels settings menu under the Axis tab.